Where it all started

There are about ten million cats in Britain and there is at least one in every family in Britain. Throughout the world they number about 500 million, with many more running wild. OK they are loyal, intelligent, cuddly and love to snuggle up with their owners - to many people they are the only real company they get - but how did all this come about? It seems that cats have been domesticated for nearly ten thousand years! What a long love affair we have had with felines.

Back in neolithic days rodents and snakes could be a real problem; competing with humans for space and food they had to be controlled. Is there any creature better suited to this than the cat? Anyone who has watched one hunting it's prey, with it's ears down and body pressed close to the ground; sneaking up quietly, then leaping strongly at the last second, can only be impressed by it's skills. Cats have far better vision (particularly at night) and hearing than we humans and can smell prey from a long distance away; both excellent qualities for a rat or mouse killer!

Why we can't control them

Another factor that makes the cat so useful at hunting is the fact that a lot of the time they seem to kill purely for pleasure. Unlike many preditors they don't necessarily devour their prey then go to sleep; no sooner has one been dispatched then they are often on the prowl looking for he next one. And they take pride in their kills too! My own used to leave a neat row of mouse heads on my doorstep every day; a habit we tried very hard to persuade her not too but to no avail. Finally we had to fit a little bell around her neck and the local rodents breathed a collective sigh of relief. It didn't last long though. She soom learned that by stalking her victims really slowly, she could move without the bell ringing; if anything her catches went up, not down. Finally we gave up and left her to it; short of fitting her with a siren there was little more we could do. Whilst their hunting abilities were really useful to agricultural families for keepting down pests they can also be a problem for other animals and birds that we see as just part of nature. Worldwide cats kill billions of birds every year, as well as several times more mammals. Small birds such as sparrows and robins are vulnerable prey and the popularity of domesticated cats is a real challenge to their survival.

Why they are such effective killers

They have a taste for reptiles too. It has been estimated that in Australia about a million of them are killed every year; many islands throughout the world have had whole species of reptiles, birds or mammals completely wiped out bt cats that had escaped, or been released, from ships that called in for fresh food and water.

We saw this in action ourselves once. We befriended a cat On a Greek island one day; it was sat with us lapping up a dish of milk when a couple of doves flew over. The cat lept at couple of metres into the air, twisted in mid air, bit and killed one of the doves, and then hust went on drinking the milk as if nothing had happened! The dead bird's poor mate flew around in circles for several minutes cooing loudly until a sudden movenent by the cat reminded it that it, too, was in danger. I confess that we were shocked at the nonchalant way in which the cat killed a harmless bird, seemingly just because it could, and then totally ignored it.

Why we respect them

In ancient Egypt admiration of the cat reached extreme lengths. Killing one was illegal, and when one died it was fiven similar burial rites to those of humans. They are feared as well as loved sometimes though. The usual familiar of a witch is usually expressed as a cat; and whilst some cultures have viewed them as demi-gods others have treated them dreadfully, sometimes burning them alive as a public spectacle. Their ability to survive falls through their natural balance and suppleness; together with thir cold blooded efficiency at killing, has led many superstitious communities to conclude that they are protected by the devil. we don't deliberately incinerate cats on bonfires now; and a huge industry has grown to breed cats that match fashionable concepts of beauty. It's doubtful if the early domesticated cats were as soft and cuddly as the present day ones though. They will have been bred from wildcats, which can be pretty fearsome beasts. However by selective breeding over thousands of years we have managed to create species that we can value for their attractiveness and friendship, rather than their cold killing efficiency.

How we show we love our cats 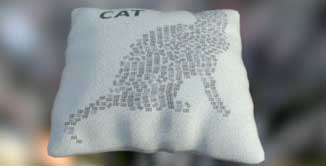 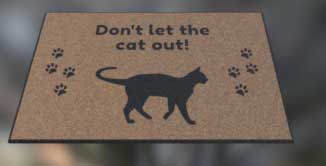